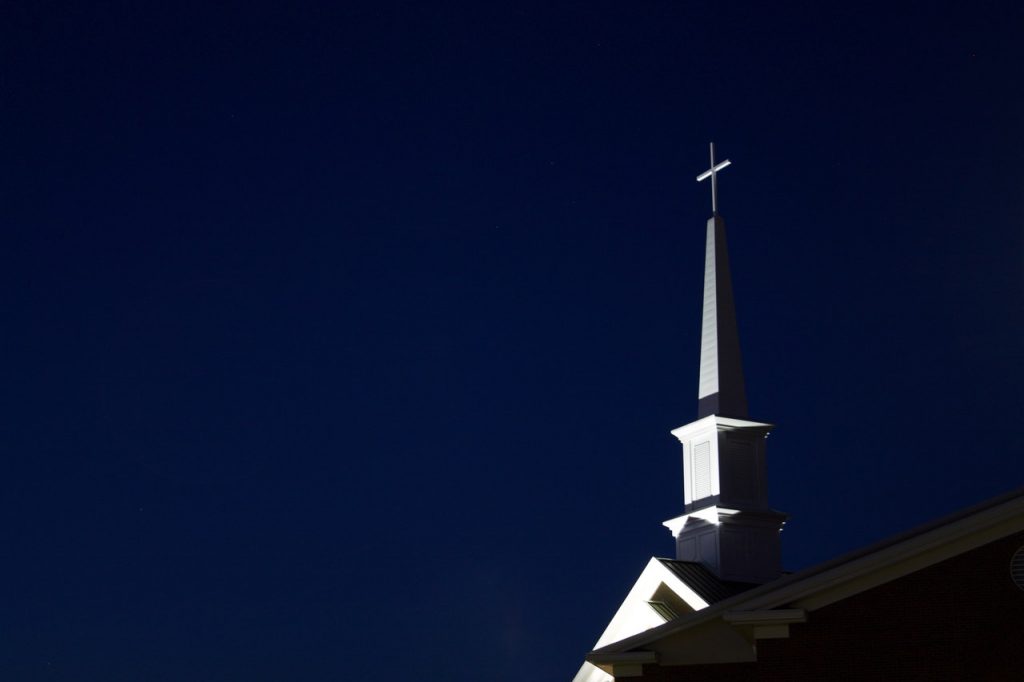 On October 9th, 1858, an agreement was made between M.B. Barringer and Allison Dry to convey a tract of land to a group of trustees of The Methodist Episcopal Church South for the sum of five dollars. The trustees, Moses Dry, Eli Shaver, Ambrose Lents, Gorite Sell, and Henry T. Lents and their successors, were to construct a house of worship on this parcel of land to be used by the members of The Methodist Episcopal Church South according to the rules and discipline of the church and their general conference. The date of this agreement is the first definite date in the history of what is now known as Wesley Chapel United Methodist Church. This parcel of land is currently used as the Wesley Chapel Cemetery.

According to earlier written accounts, the first members of this congregation had been meeting prior to October 9th, 1858, in a barn located on the Dry farm southeast of the present Wesley Chapel cemetery. The members continued to meet in this barn until a permanent wooden structure was constructed on the newly acquired land. It was town down in the late 1930’s.

The construction date for the second structure used by the congregation is not known. Earlier written accounts referred to this building as a “small frame structure” that was used until 1890 when a larger church building was constructed. At this time, there are no known photographs of that building.

The larger structure, completed in 1890, stood near the center of what is now the Wesley Chapel Cemetery. Several surviving photographs show the church in this location. All of them were taken just after the addition of the steeple in 1916.

This structure remained in that location until 1927. Evidently, the expanding congregation with its growing cemetery needs decided to relocate the church building across the road to a newly acquired parcel of land.

The new moved structure served the congregation well until the mid 1940’s. At that time, the need arose for additional space for Sunday school classrooms. In August 1947, construction began on a new two story addition on the rear of the church.

The addition was completed and used beginning in early March, 1948. Within on a few weeks, all financial obligations had been met and the addition was dedicated by Bishop Clare Purcell on June 6, 1948. During the 1950’s, the sanctuary was completely remodeled and stained-glass windows were added.

This enlarged structure was home to the Wesley Chapel congregation until February 19, 1967. In the early morning hours of that Sunday, the large white building burned. Only a few pieces of furniture and the Bible from the pulpit could be saved.

The congregation found itself back in the same position from where it started, just over 108 years earlier.

As in our earliest years as a congregation, we were graciously provided with a place to meet until a permanent structure could be built. Pfeiffer College offered the congregation the use of its chapel. For more than two years, the Wesley Chapel congregation worshiped with the college community in the Pfeiffer Chapel while construction progressed on the new structure. During this extremely difficult period of Wesley Chapel’s history, the Rev. William H. Faggart guided the congregation to yet another place to worship. The thoughts, prayers, and support from the community helped to make possible the construction of a new church building.

A groundbreaking ceremony took place on May 4, 1968. Dr. Elwood Carroll, superintendent of the Albemarle District, presided.

On August 3, 1969, the first service was held in the new church building. This beautiful new structure continues to serve as the home of the Wesley Chapel congregation.